How do Ballerina Kitchens compare with other kitchen brands?

If you’re buying a new kitchen, you want the best — or at least the best your budget will run to. In general, the German kitchen brands have a high reputation for quality. Ballerina Kitchens are one of the leading German brands, so how do they compare with the alternatives?

How do Ballerina Kitchens compare with the high street chains & trade-only suppliers?

The easiest way of getting a new kitchen is to go to one of the big high street chains. After all, there’ll be at least one near you, and their advertisements are always telling us they’re the best. If you’re slightly more adventurous, you might ask your local builder to go through one of the major trade-only suppliers.

Either of these options is going to be cheaper than Ballerina Kitchens, which typically cost around 30% more. On the other hand, as so often, what you pay reflects what you get, and Ballerina’s quality is far higher. Their doors won’t start to peel, as the low-quality ones the chains and trade suppliers use. Similarly, their carcasses are built of denser chipboard and won’t start to bow.

In general, a kitchen from the chains or trade suppliers can start looking worse for wear in around five years. A kitchen from Ballerina Kitchens, on the other hand, should still look great after fifteen or twenty years.

How do Ballerina Kitchens compare with other German kitchens?

German kitchen brands are all high quality. In general, almost all of them are likely to last well for at least fifteen years.

Where German kitchens do differ, however, is in specifications, and this is where they score over many other brands. For instance, the majority of German kitchens have 3mm thick hard board backs. Ballerina Kitchens, on the other hand, use thicker 8mm thick backs.

Another difference is in the interior of the carcasses. Most German brands offer only uniformly white interiors, and while this looks fine with a white door, it can look a bit cheap when you go for a darker coloured door. In contrast, Ballerina Kitchens offer a choice of 26 internal carcass colours.

Like most other German kitchen brands, Ballerina Kitchens cost about 35% more than the chains and trade-only suppliers. However, In the long run, you’ll save money by not having to replace your kitchen for a very long time. Compared to other German brands, In our opinion, a Ballerina kitchen will not neccessarily last any longer. However, what Ballerina does offer over many other German brands is a higher specification, also known as more ‘bells & whistles”.

However, it’s worth noting that there are a few German brands on the market that cost up to 40% less than Ballerina &, in our opinion, are comparable in quality. To put this into context. For a good sized Ballerina kitchen comprising say 25 units, a 40% saving on the units should equate to a saving of about £4,000 – £5,000.

So, if you’re looking for a showroom who’ll offer you a German kitchen that costs up to 40% less than a Ballerina kitchen &, in our opinion, is comparable in quality, get in touch!

For more info on Ballerina kitchens. visit their website: https://www.ballerina-kitchens.eu/

How do Rational Kitchens compare with other kitchen brands?

How do Rempp Kitchens compare with other kitchen brands?

How do ALNO Kitchens compare with other kitchen brands? 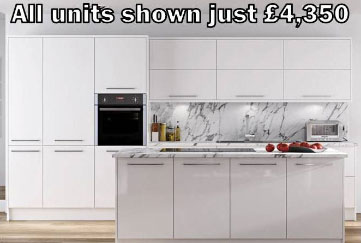 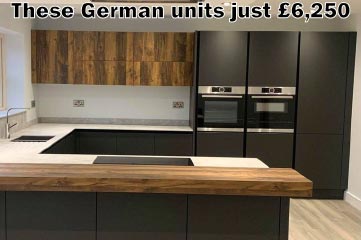 Due to Covid-19, most showrooms now offer a free, online design and quote service from the comfort of your home.