Where to find the best-value rigid kitchens

Buying rigid kitchens is usually better than going for a flat-pack option, though either can work with expert fitting. As always, though, the big question is where to find the best-value rigid kitchens.

Trade only suppliers supply rigid kitchens via builders, and many people assume they’ll be the best value. However, in reality, their kitchens are much lower quality than what you’ll find in most independent kitchen showrooms. So, for instance, their rigid kitchens will be constructed from cheap, low density chipboard. The problem with low density chipboard is it will soon start to bow under the weight of the worktops. The first signs of bowing is usually seen on the backs of the units. Once the backs start to bow, it isn’t usually long before they come away completely, exposing the wall & any pipework behind.

Also, their doors tend to be the low quality vinyl, foil, PVC or PET wrapped type. The problem with these are they peel.

So, rather than getting the best value kitchen from one of the trade only suppliers, You’ll instead be getting a kitchen that’s unlikely to last more than 5 years.

Another problem with buying rigid kitchens from a trade supplier is the fitting. Although you may think a builder can fit a kitchen as well as a kitchen fitter, 95% of builders can’t. At best, you’ll only get an average finish. Remember, how ever good quality a kitchen you buy is, it will only be as good as how it’s fitted.

Most people would look for rigid kitchens in the high street chains. The problem here is that most of them only sell flat pack kitchens. Also, for the ones that do sell rigid kitchens, their quality is no better than the trade suppliers.

Besides this, they’ll charge about £3,000-£4,000 for fitting, which is about double what you should be paying. This leads many customers to cut corners and go for a builder, with the poor results already mentioned. Also, if something goes wrong, you could get caught between supplier and fitter each trying to blame the other.

Rigid kitchens from independent kitchen showrooms are usually much higher quality than what the chains & trade only suppliers sell. So, their kitchens will be constructed from high density chipboard. High density chipboard will support the weight of the heaviest worktops & will never bow.

Also, their doors will usually be the high quality lacquered or acrylic type that will never peel like the wrapped types can. So, their kitchens will still look great many years down the line.

You’ll also get far better standard of fit than a builder for a similar price. The showroom will supply and fit the kitchen, meaning any problems will be quickly put right without fuss. The fitters also specialise in the kitchen they’re fitting, so fitting will be quicker and better finished.

How to find the best value independent kitchen showrooms

That’s where I come in. Many years of supplying independent showrooms around the country has given me a unique insight into which showrooms offer the best value rigid kitchens. So, if you’re looking for a kitchen that competes on price with the chains & trade only suppliers, but is higher quality & will last much longer. get in touch.

Our FREE service recommends the best value kitchen suppliers in your area.

We’ll recommend the best value German kitchen suppliers. Most of them also cost similar to the chains & trade only suppliers.

All showrooms offer FREE, no-obligation quotes & are within 30 minutes drive.

“The price was similar to builders merchants & DIY chains, but the kitchen was much better quality”

Should you buy a FENIX kitchen?

How do nobilia Kitchens compare with other German kitchen brands?

How do Lifestyle Kitchens compare with other brands in price and quality? 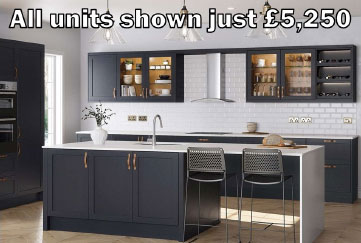 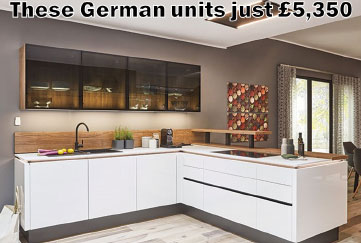 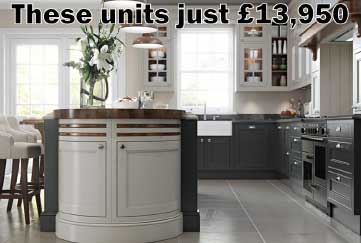