If you want a kitchen sink large enough to fit large oven trays, go for a large single bowl. This is sometimes called a 105 bowl. The Carron Phoenix Tetra 105, Astracast 4054 & Rangemaster Atlantic Kube 700 (all pictured below) are all examples of large single bowl sinks. 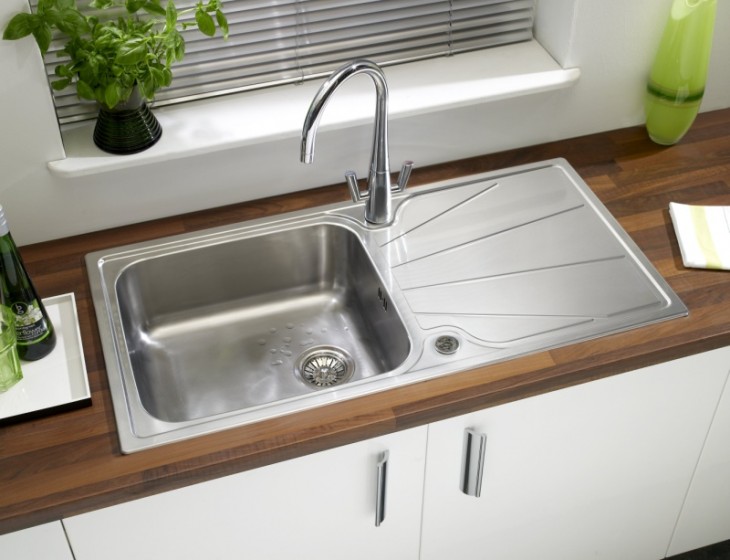 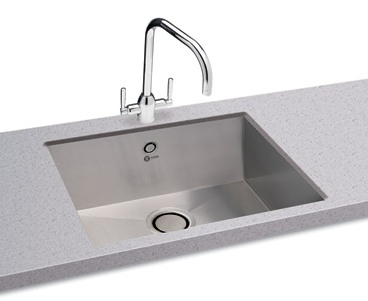 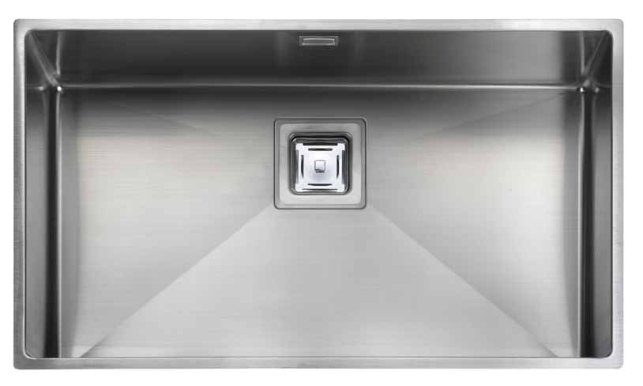 Flexibility to wash up & pour something down the sink at the same time? 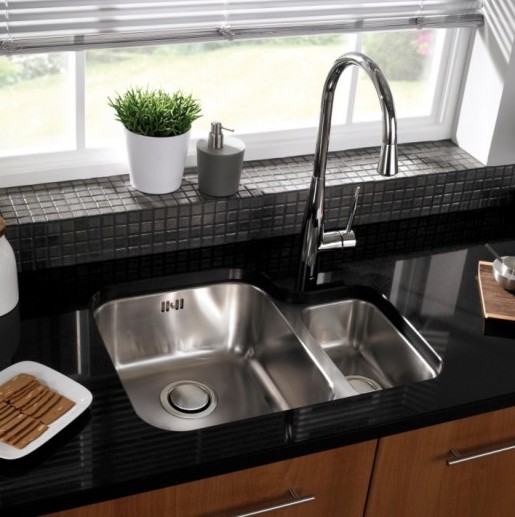 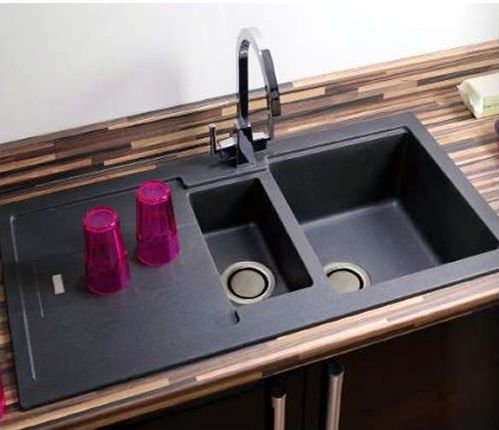 With their perfectly square corners, zero degree radius sinks (1st picture below) are the ultimate in designer style. However, this look does come at a price.  As the corners on these are so sharp & tight, they’re almost impossible to clean. If you like the very square look but want something that’s easy to clean, I would recommend choosing a sink with a 10 or 15mm corner radius instead. (2nd picture below) 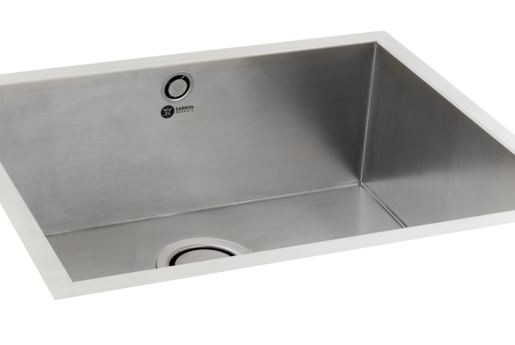 For the ultimate in country kitchen styling, nothing beats a ceramic sink. especially a ceramic butler sink (1st picture below). However, it’s important to remember that ceramic sinks are easy to crack, especially if something heavy (like a large saucepan of water) is accidentally dropped into them. 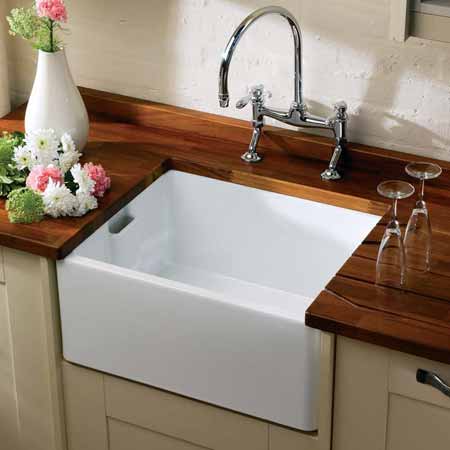 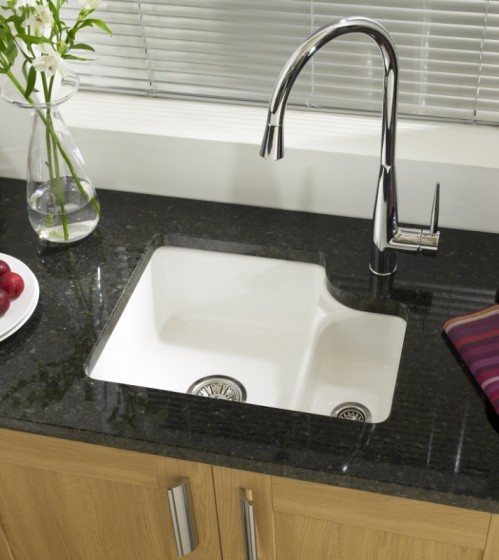 Like the look of a ceramic kitchen sink but worried about cracking it?

If you like the traditional look of a ceramic kitchen sink but you’re worried about cracking it, why not go for a white granite kitchen sink instead. Made from approximately 70% quartz particles, granite sinks are so tough they’re almost indestructible. In fact, if you run a metal folk across a granite sink pushing down hard, the silver coloured lines left on the sink won’t be the sink scratching, but the metal from the folk coming off. These lines can simply be wiped of with no damage to the granite sink. 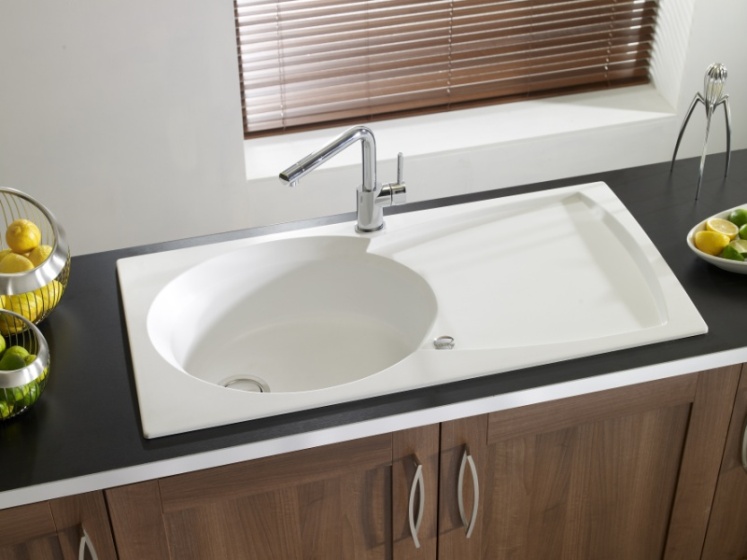 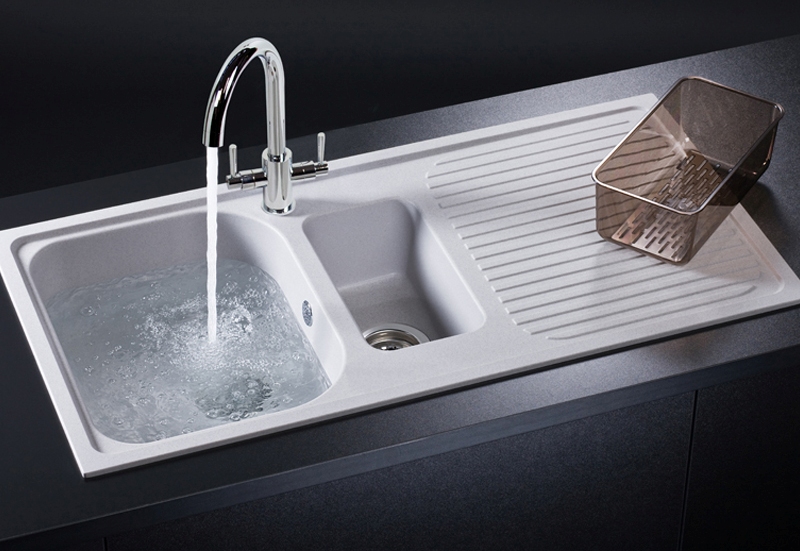 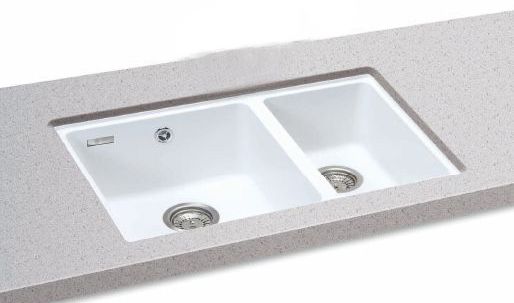 Our FREE service recommends the best value kitchen suppliers in your area.

We’ll recommend the best value German kitchen suppliers. Most of them also cost similar to the chains & trade only suppliers.

All showrooms offer free, no-obligation quotes & are within 30 minutes drive.

“The price was similar to builders merchants & DIY chains, but the kitchen was much better quality”

“If you’re looking for a good value kitchen supplier, these are the people to speak to first!”

For more info on sinks, visit the following websites:

Should you buy a ceramic kitchen?

How do Scavolini Kitchens compare to other Italian kitchen brands?

How do Cesar Kitchens compare to other Italian kitchen brands? 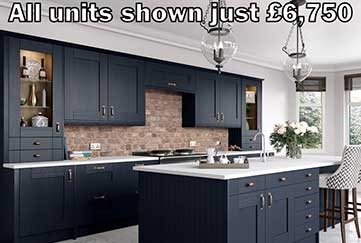 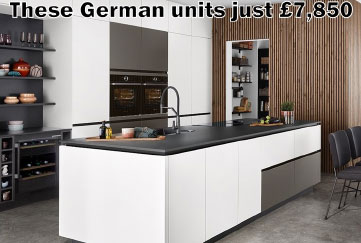 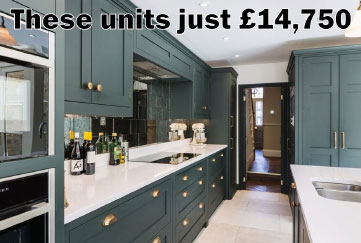